Reverse Phone Lookup and Cell Phone Search
Enter a phone number in the international format.
USA: +1-555-3952-696
30
Please wait while we are checking whether your call can be connected.

A Guide to Stop Robocalls Once and For All

Just a while ago, I received a call to inform me that I’ve found the perfect match from my marriage bureau. My wife didn’t take the news so well. The thing is I have never been to a bureau so was it a wrong number?

You guessed it; it was yet another robocall. One thing I’m certain of is that love may not be endless but robocalls are.

You can get random phone calls from different states and you have no option but to answer. Why? Well, what if it's something important? What if a known person needs your help?

iOS or Android forget the debate but all of us can agree on this–Robocalls suck!

So, how can you put a stop to these unwanted visitors from permanently setting camp in your basement?

It’s simple, you can follow either of these approaches which we will discuss in detail later in the article:

Let’s see how we can stop robocalls from tormenting our everyday lives once and for all.

Importance of Reducing the Number of Robocalls 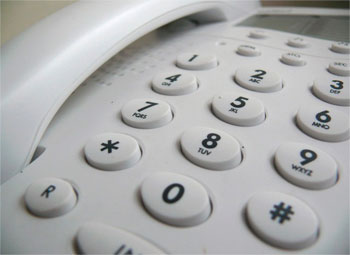 Robocalls urge you to act on a prerecorded message. Whether it is to vote for a candidate or from any service provider offering you their free services (which turn out to be paid). Now, you cannot magically make them disappear but there are some free and simple ways you can reduce the number of Bot calls you receive. You must have noticed that after the prerecorded message is over, your call automatically ends. Have you asked yourself, “why do robocalls hang up after a few seconds?”

It is because no response was detected from your side. However, if you decide to give in to the urges and “claim your prize” you will be connected to their staff. This helps the company to minimize the time wasted by their staff communicating with uninterested people (or targets).

The most frustrating thing about such spam calls is they always display a local caller ID leading you to believe someone you know may be calling. Robocalls are annoying for two reasons. One, they have a knack for calling you at the most inconvenient time. Two, they are spam calls from local numbers and mostly scams.

Example:
Imagine this, you’re waiting for a call back from the big company you interviewed for. Your phone rings making your heart skip a beat. When you answer it enthusiastically to see whether you landed the job or not you hear “Congratulations! We have the best news for you.”. You’re completely overwhelmed until suddenly you hear the next sentence. “You’ve won our annual jackpot!”.

We’ve all been in similar situations at some point. Robocallers (Robot + Caller) are the epitome of inconvenience as they call you multiple times a week and sometimes multiple times in a single day.

If you google robocalls the top suggestions are how to stop robocalls on a landline, stopping robocalls on cell phones, how to block robocalls, and so on. They’re a menace no doubt. While it is not possible to permanently get rid of robocalls you can reduce them easily. Here’s how.

Simply, don’t entertain these callers and use effective call block software. A lot of frauds with free robocall software wait for your response, in the form of pressing a number or verbal. This confirms to these fraudsters that your number is real, and they keep calling you again and again. To find out how to stop fake calls, read the next section.

Google’s Call Screen feature, Apple’s silence unknown callers feature are examples of the built-in features that let you manage incoming calls. But these methods block spam calls or robocalls but also block important calls received from numbers not stored on your device.

To solve this problem, carriers provide applications that save you from getting lots of spam calls. Let’s see the different applications provided by leading phone carriers and the features that their free and paid versions offer simultaneously.

If your provider’s application does not work effectively or is expensive, there are a bunch of applications available on the Play Store and AppStore. Phones with built-in call blocking are the same, calls from unknown numbers are directly blocked. So, chances are that you will not get an urgent message if it comes from an unknown number.

You want an application that offers automatic call blocking, alerts for suspicious calls and can report the number should the need arise. Also, before downloading any application make sure it is compatible with your phone model. 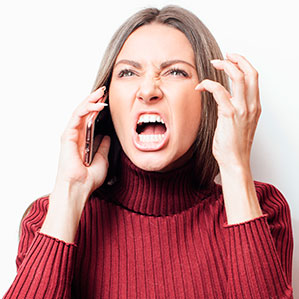 How Effective are the Applications in Blocking Robocalls?

It doesn’t matter if you’re using the in-built call blocking feature or third-party applications to stop robocalls, none of the options succeed in dodging all the robocalls. With these services at your aid, you can reduce the number of robocalls and spam you receive on your phone. iOS 13’s block unknown callers feature will prove useful in blocking every call from an unknown number. But if you use this feature, get ready to send a lot of important calls to the voicemail.